Lewis Pearce from Pearcey’s Picks is back with his latest film review.

The Invisible Man is a tense yet thrilling horror experience.

In 2017, Tom Cruise starred in the reboot of The Mummy, a film which was meant to launch Universal’s own cinematic universe titled Dark Universe, with the next film to follow being a Johnny Depp-led reimagining of The Invisible Man. However, following The Mummy’s critical and financial failure, development was halted for all upcoming projects and this potential crossover of iconic Universal monster characters was over before it even began. This soon led to Blumhouse Productions taking over control of The Invisible Man project, a smart move for the studio who excel at delivering entertaining and unique horror movies on miniscule budgets.

It gives me pleasure to say that Blumhouse have done it again. This should come as no surprise from the producers of excellent films like Get Out and Split, but The Invisible Man is one of their best films yet as, aside from gaps in logic, this is an exhilarating horror that will have you on the edge-of-your-seat!

After Cecilia (Elisabeth Moss) leaves an abusive relationship with optics expert Adrian (Oliver Jackson-Cohen), she finally feels free. But when a series of coincidences build up, she must prove that she has not gone mad and that she is actually being stalked by… an invisible man.

Writer-Director Leigh Whannell (who most recently did the superb and seriously underrated Sci-Fi flick Upgrade) perfectly executes this well-known source material towards modern audiences. I thought it was a bold but brilliant idea to have our lead character suffer from domestic abuse, an issue more relevant than ever in today’s society, which makes the movie’s antagonist even more frightening. Beyond Whannell’s serviceable script, his directing here is of elite class. Not only does he shine in the film’s outrageous action sequences, he also knows how to build tension, slowly moving his camera left and right with the audience totally unaware of what’s going to happen and when.

Elisabeth Moss (The Handmaid’s Tale and more recently seen in Us) is seriously good as Cecilia. Despite its message of domestic abuse, very little is actually seen on screen, leaving Moss’s pure emotion and agony on display to really showcase the damage that her partner has left on her. It’s the type of performance that stays with you, long after the credits roll and it’s the best performance I’ve seen in a horror film since Toni Collette in Hereditary.

My only negatives are the overly long run time and the sheer lack of plausibility during some scenes. For the most part, Whannell has created a film which feels totally realistic, but at times it does require you to switch your brain off. It seems it’s a world without any kind of CCTV footage, as on many occasions if any police officer looked at the security cameras, then they’d probably discover Cecilia’s innocence far earlier than they actually do. Whilst never boring, the film could’ve also felt tighter and stronger being about 10 to 20 minutes shorter.

Overall, this film is a blast and features some of the best jump scares and surprises I’ve seen in the genre in quite some time. Horror fan or not, I highly recommend checking this one out!

Verdict: Well directed and staged by horror veteran Leigh Whannell, this is the horror film of 2020 to beat anchored by the brilliance of Elisabeth Moss as Cecilia.

Head over to 👉 https://www.odeon.co.uk/cinemas/hereford/217/ for tickets and information on the latest film releases. 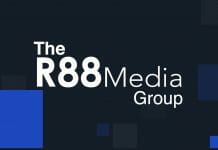