Supporters visiting Edgar Street since September 2018, will have noted the extensive scaffolding in place around the walls of the club office and the RE Resource Group Hereford Suite.

The need for the scaffolding arose after 70-80 mph winds hit the city last autumn and caused damage to the external cladding panels on the Merton Stand side of the ground, with one falling panel causing damage to a parked vehicle. Fortunately, no one was injured as a result of this incident.

Following the incident, the scaffolding was deemed an essential safety measure to minimise the possibility of further displacement which had the potential for additional damage or, even worse, injury to passers-by.

Over the past few months, Hereford FC Chairman, Ken Kinnersley, and Stadium Director, Paul Quarrell, have held a number of meetings with officials from Herefordshire Council (who own the stadium), the Loss Adjuster and an appointed project manager.

As a result of these meetings, it has now been agreed that the repairs to be done will include removal of almost all the panels and full reinstatement with appropriate new materials. The full cost of the work is likely to be a significant five-figure sum.

“At a meeting on Thursday 4 April, the colour, material and extent of the replacement cladding was agreed by all parties with the objective of a Planning Application being submitted to the Local Authority within the next 14 days.

“When making plans to replace the cladding, every effort has been made to improve the overall appearance of the external elevations of both the club office and the RE Resource Group Hereford Suite.

“Consideration has also been given to ensuring the new works compliment the appearance of the Old Market, the proposed Blackfriars development and the works currently underway adjacent to the stadium.

“Hopefully, the effect will be to make the RE Resource Group Hereford Suite an even more attractive venue for private events, particularly as the club has a requirement to generate more commercial income off the field.

“When work is completed and the scaffolding is removed, we are hoping that sales from the Club Shop, which is still open for business (see web site for opening hours), will return to the normal, expected levels as there’s no doubt the scaffolding has had an impact on footfall through the shop.

“Finally, we can confirm that the aim of everyone involved in this much needed remedial work is to see it completed in time for the start of the 19-20 football season.” 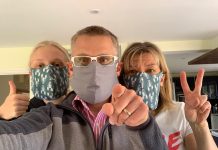 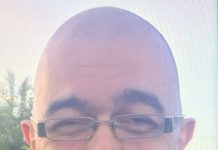